What is Tales from the Neverending Story about? 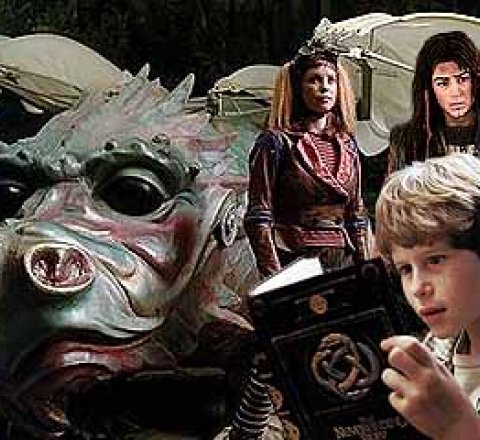 Twelve-year-old Bastian Balthazar Bux had lost the wonderful imagination he had as a child somewhere between growing older, watching TV, going to school and playing with his Gameboy. But when his mother dies suddenly, Bastian's limitless imagination is reborn. Bastian comes across a magical book, "The Neverending Story," in a curious little bookstore. Inspired by the book, Bastian creates an enchanted world called Fantasia, inhabited by dragons, dark knights and assorted heroes and villains. The adventure of a lifetime begins when Bastian projects his Fantasian alter ego, Atreyu, into a battle against the sinister force of The Nothing. This terrible force threatens to destroy Fantasia and its ruler, the Childlike Empress. Only Atreyu, a 14-year-old Woodland boy and unlikely hero, can save her and find a cure for The Nothing. Bastian's experiences in the real world; such as his mourning, his new, sometimes tumultuous life with his dad, his problems with a school bully and his

Extras
Episode 1: The Adventure Begins
Episode 2: The Gift of the Name
Episode 3: Badge of Courage
Episode 4: Back to Fantasia

Season 1 of Tales from the Neverending Story