What is Ocean Girl about? 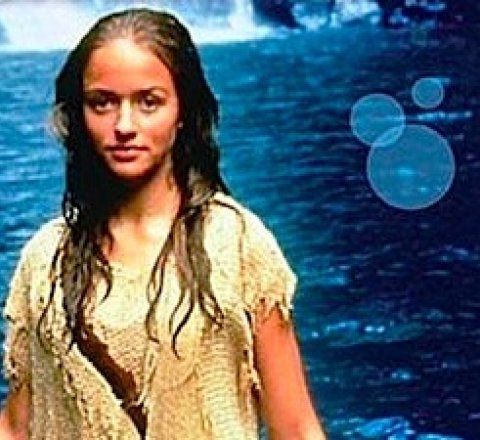 Welcome to Orca. Dr. Diane Bates accepts a job on a new underwater science labratory called Orca. She is going to study whales as part of her research. Recently divorced she and her two boys Jason and Brett set out to start a new life, what they dont know is that their life is about to change. After boarding Orca they soon discover irregular patetrns in the Whale song. As the story unfolds it appears that the whale is communicating with another being -- a girl in fact! This girl not only can talk to whales but breathe underwater as well. The story continues as Neri discovers a sister and her origins -- a far off planet! She is from an advanced civilization "The Planet Of the Oceans" and that she has been sent on a mission to try to save her home as well as earth. Show History The Disney Channel - 1994-1997 - Weekends at 3:00 P.M. (New episodes on Sundays; repeats upcomming Saturday) The forth season of Ocean Girl was never showed on The Disney Chan

Episode 1: Operation Sphinx
Episode 2: The Mysterious Pyramid
Episode 3: The Transport
Episode 4: The Golden Ankh
Episode 5: Stranded in the Desert
Episode 6: The Lie Detector
Episode 7: The Bug
Episode 8: A Wrong Friend
Episode 9: The Hunt for the Golden Ankh
Episode 10: The History of the Whale Woman
Episode 11: Cheat
Episode 12: Imprisoned in the Bunker
Episode 13: Attempt at Revival
Episode 14: The Snake Bite
Episode 15: A Spirit Appears
Episode 16: Helen Learns the Laughter
Episode 17: Mera Escapes to Earth
Episode 18: The Race
Episode 19: The Attack
Episode 20: The Taking of Hostages
Episode 21: The Red Virus
Episode 22: Before the Countdown
Episode 23: The Countdown
Episode 24: The Ice Melts
Episode 25: The Blood Test
Episode 26: The Queen
click here to see where to watch