What is Monster Rancher about? 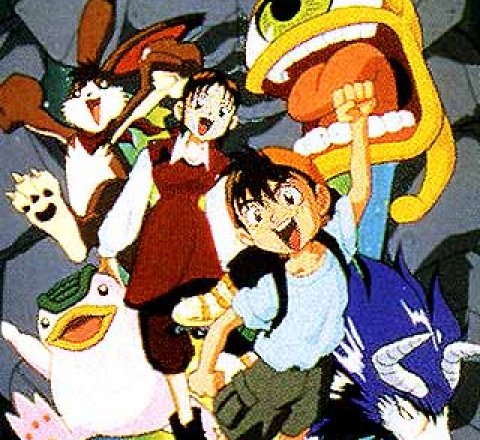 Monster Rancher is about a kid named Genki who gets sucked into his favorite videogame. There he meets Moochi, Holly, Suezo, Tiger, Golem and Hare, together they go on a journey find the Phoenix and stop Moo's diabolical plan. While Monster Rancher has a 3rd season, it will NOT be airing here in the U.S. Characters Genki: An 11 year-old corageous, athletic, but not too bright kid that was sucked into his video game. Holly: A girl that lost her father at a young age. Holly was born and raised in Monster World, and likes things to be peaceful so she wants to find the Phoenix to return the peace. Suezo: Holly's childhood companion monster. He goes with her on all her adventures to keep her safe. Golem: Once a protector of disks, Golem now travels with the group in search of the Phoenix. He might look big and mean but he really is a softy in the inside. Hare: Once a medal