What is Rodney about? 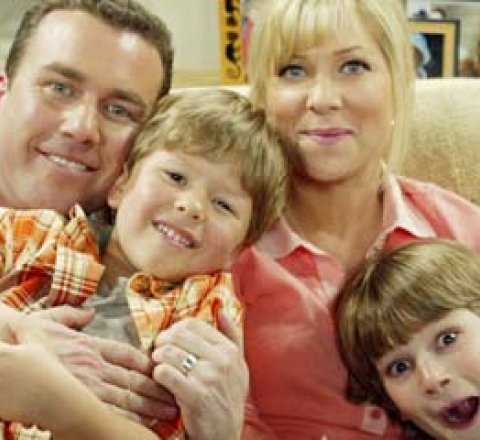 Standup comedian Rodney Carrington stars as Rodney Hamilton, a down-to-earth guy's guy who, with his own heartland intelligence, speaks the truth. In the middle of real, everyday America, Rodney's life revolves around two things: His family -- wife Trina and their two boys, Jack and Bo -- and his horrible job at a fiberglass plant. He also makes time for his longtime friend, Barry, and his man-hungry sister-in-law, Charlie, a frequent visitor to the Hamilton house. There's never time for life to get dull for Rodney. He's not afraid to walk into a department store naked on a dare. Not afraid to take credit for flowers someone else sent his wife. Not afraid to get between his fighting boys. Not afraid to tell his wife he's ready to make standup comedy his career ... Okay, he's a little afraid of that. One matter they do agree on is the fact that, although they may not have much in the way of material things, they are rich in the love of their family and friends. In the me