What is The Young Rebels about? 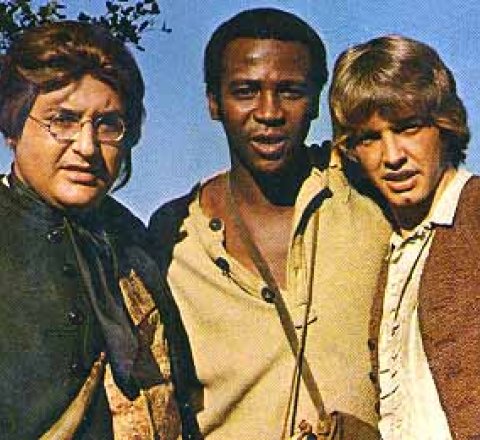 Welcome to the The Young Rebels guide at TV Tome. In an era of police dramas, westerns, and sitcoms, The Young Rebels appeared in the fall of 1970 with a different agenda: to appeal to young viewers by applying the rebellious ideals of the 1960's with the young revolutionaries during America's war for independence. Set in 1777, the series revolved around a fictional undercover patriot group called the Yankee Doodle Society based out of Chester, Pennsylvania. The ringleader of the group was Jeremy Larkin, the younger son of Chester's mayor. His associates were Henry Abington, the son of the local pharmaceutical and who bore a bit of a resemblance to Benjamin Franklin, and the town's blacksmith Isak Poole, a former slave who had bought his own freedom. Jeremy's girlfriend, Elizabeth Coates, sometimes accompanied the Society on its escapades. They reported directly to the 20 year old General Lafayette, who occasionally joined their operations. Covering their activism by pretendi

Season 1 of The Young Rebels

Episode 1: Father and I Went Down to Camp
Episode 2: The Ring of Freedom
Episode 3: The Blood of an Englishman
Episode 4: To Hang a Hero
Episode 5: Fort Hope
Episode 6: Suicide Squad
Episode 7: Alias Ben Todd
Episode 8: The Hostages
Episode 9: Age of Independence
Episode 10: Stalemate
Episode 11: Valley of the Guns
Episode 12: Dangerous Ally
Episode 13: The Infiltrator
Episode 14: Unbroken Chains
Episode 15: To Kill a Traitor
click here to see where to watch