What is The Good Guys about? 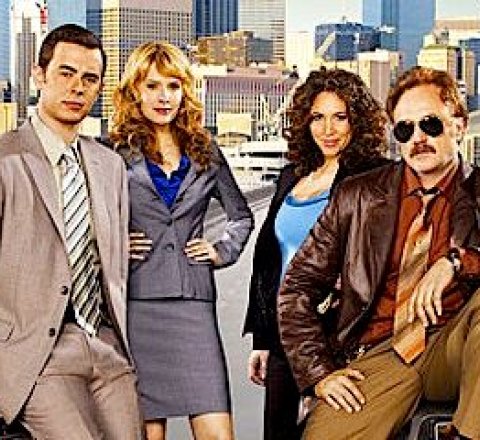 Welcome to the The Good Guys guide at TV Tome. The Good Guys is a television show that ran from 1968-1970. It is about a taxi cab driver named Rufus Butterworth, who is best friends with Bert Gramus. Bert is the owner of the local diner named Bert's Place. Bert and Rufus have been friends since they were kids. They are always trying to make it rich and Rufus always thinks of schemes, but unfortunately they never work out. Claudia is Bert's wife who is a school teacher and sometimes helps out at the diner. Regulars to the diner included Mr Bender and Hal Dawson,. Big Tom was a truck driver who visited the diner a couple of times. Henry Arsdale was Claudia's father. Show Facts: First Telecast: September 25, 1968 Last Telecast: January 23, 1970 Number Of Episodes: 42 Number of Seasons: 2 Type Of Show: Situation Comedy Nielsen Ratings (Top 30 Or Better) Never finished in the top 30 CBS Prime-time Schedules Wednesday: September 1968 - September 1969

Season 1 of The Good Guys

Season 2 of The Good Guys

Episode 1: Winer, Diner And Mover
Episode 2: Two's a Crowd
Episode 3: To Catch A Rufus
Episode 4: Fly In My Stew
Episode 5: Claudia Sows A Few
Episode 6: Total Honesty
Episode 7: Fireman, Save My Diner
Episode 8: Is This Trip Necessary?
Episode 9: No Orchids For the Diner
Episode 10: The Eyes Have It
Episode 11: A Chimp Named Sam
Episode 12: A Familiar Ring
Episode 13: Communciation Gap
Episode 14: A Fine Kettle of Fish
Episode 15: Deep Are the Roots
Episode 16: Compulsion
Episode 17: Art A La Carte
click here to see where to watch