What is Black Sheep Squadron about? 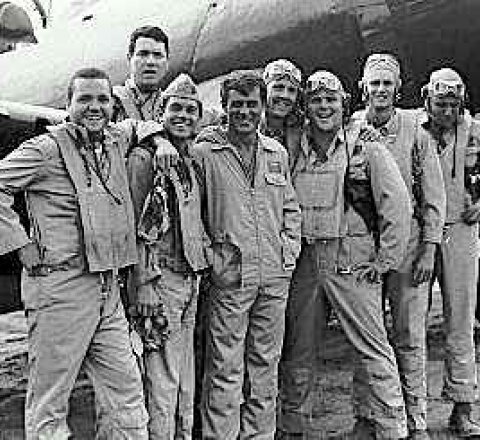 Loosely based on the memoirs of Major Greg "Pappy" Boyington who led one of the most famous Marine Corps fighter squadron of World War 2: Fighting Squadron 214, nicknamed the "Black Sheep" squadron. Based in the South Pacific, the rag-tag Corsair flying misfits is led by "Pappy" Boyington, played by Robert Conrad. The opening credits read: In World War II Marine Corps Major Greg "Pappy" Boyington commanded a squadron of fighter pilots. They were a collection of misfits and screwballs who became the terrors of the South Pacific. They were known as the Black Sheep