What is Hearts Afire about? 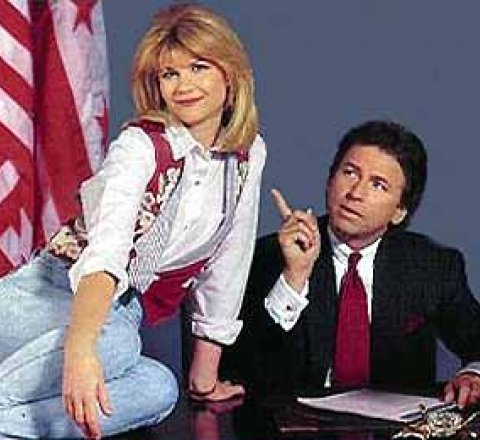 Set in Washington, D.C., Hearts Afire focused on the professional and personal relationship of John Hartman, the legislative assistant to aging, conservative Southern senator Strobe Smithers, and Gorgie Anne Lahti, the once globe-trotting but now out-of-work liberal journalist whom John hired as the senator's press secretary. John, the divorced father of two sons, Ben and Elliot, offered to let Georgie Anne and her "mammy," Miss Lulu, live in his home until they could find housing. There was an ulterior motive because, although they were on opposite sides of the political fence and constantly sparred about almost everything, they were physically attracted to one another. Within weeks they were having an affair. Others on the senator's staff were Billy Bob, a childhood friend of Johns, Dee Dee, the sexy but simple-minded receptionist with whom the married senator was having an affair; Mavis, Billy Bob's efficent wife; and Adam, the incompetent office assistant.