What is Father Knows Best about? 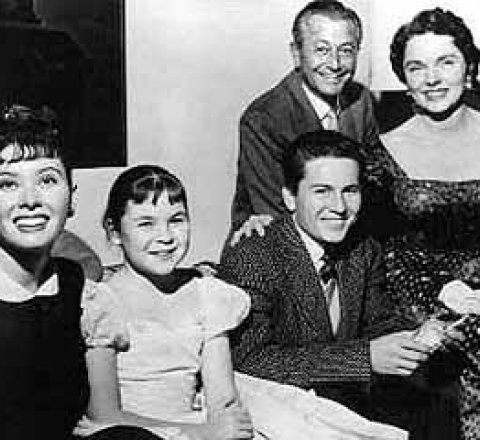 Father Knows Best was the classic wholesome family situation comedy. It was set in the typical Midwestern community of Springfield, where Jim Anderson was an agent for the General Insurance Company. Every evening he would come home from work, take off his sport jacket, put on his comfortable sweater, and deal with the everyday problems of a growing family. In contrast to most other family comedies of the period, in which one of the other parents was a blundering idiot, both Jim and his wife Margaret were portrayed as thoughtful, responsible adults. When a family crisis arose, Jim would clam the waters with a warm smile and some sensible advice. When Father Knows Best went on television in 1954, the three children were aged 14 [Bud], and 9 [Kathy]. As the seasons passed two of them graduated from High School, first Betty [1956] and then Bud [1959]. Neither left home, howevery, both electing to go to Springfield's own State College. The Andersons were truly an idealized family