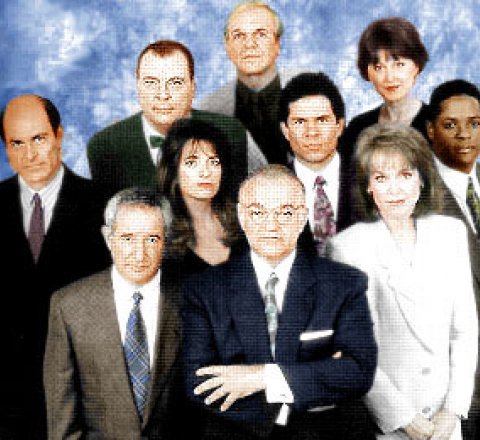 On this critically acclaimed drama about a top Los Angles law firm, some of the best battles take place outside of the courtroom. In the bedroom, in the courtroom, or at McKenzie, Brackman, Chaney & Kuzak's staff meetings, the firm's ambitious, competitive attorneys confront conflict between their own desires, their obligations as attorneys, and their principles as human beings.

Episode 1: The Bitch Is Back
Episode 2: Happy Trails
Episode 3: Lie Harder
Episode 4: Armand's Hammer
Episode 5: Smoke Gets in Your Thighs
Episode 6: Vowel Play
Episode 7: New Kidney on the Block
Episode 8: God Rest Ye Little Gentleman
Episode 9: Splatoon
Episode 10: Pump it Up
Episode 11: Rest in Pieces
Episode 12: He's a Crowd
Episode 13: Dances with Sharks
Episode 14: The Gods Must Be Lawyers
Episode 15: The Beverly Hills Hangers
Episode 16: Good to the Last Drop
Episode 17: Mutinies on the Banzai
Episode 18: As God Is My Co-Defendant
Episode 19: Speak, Lawyers, For Me
Episode 20: There Goes the Judge
Episode 21: On the Toad Again
Episode 22: Since I Fell For You

Episode 1: Something Old, Something Nude
Episode 2: TV or Not TV
Episode 3: Do the Spike Thing
Episode 4: Spleen It to Me, Lucy
Episode 5: Monkey on My Back Lot
Episode 6: Badfellas
Episode 7: Lose the Boss
Episode 8: The Nut Before Christmas
Episode 9: Guess Who's Coming To Murder?
Episode 10: Back to the Suture
Episode 11: All About Sleaze
Episode 12: I'm Ready for My Closeup, Mr. Markowitz
Episode 13: Steal It Again, Sam
Episode 14: Diet, Diet, My Darling
Episode 15: Great Balls Afire
Episode 16: From Here to Paternity
Episode 17: P.S. Your Shrink Is Dead
Episode 18: Love in Bloom
Episode 19: Silence of the Lambskins
Episode 20: Beauty and the Breast
Episode 21: Double Breasted Suit
Episode 22: Say Goodnight, Gracie