Watch Over the Top online

What is Over the Top about? 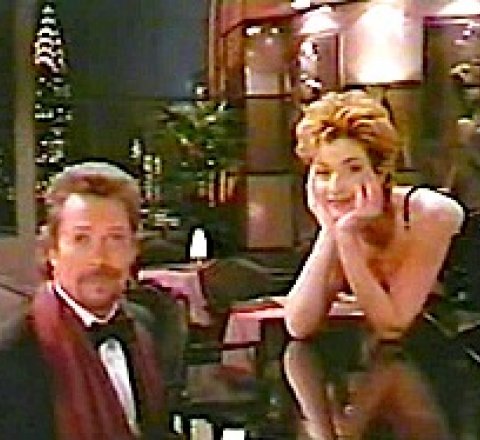 When famed screen, stage, and television actor Simon Fergeson (Tim Curry) finds himself unemployed, he tracks down his ex-wife Hadley Martin (Annie Potts), whom he was once married to for seven days... Sensible Hadley, now thrice divorced, currently runs the NYC Metropolitan Hotel, where she lives with her two children from another marriage, self-involved Gwen and annoying Daniel. It isn't long before Simon finds himself working alongside her. Rose was Hadley's feisty right-hand; Yorgo was the annoying (more-over-the-top-than-Simon) Greek chef and Robert was the uptight hotel investor. Curry and Potts had previously starred together in the film "Pass the Ammo," and had book looking for the right project to come along when they agreed on this series. Apparently it wasn't the right project... Plagued with problems from the beginning, the show was shredded by critics and virtually ignored by TV viewers. The original pilot, which co-starred Debra Jo Rupp (best remembered from Th

Season 1 of Over the Top

Episode 1: I'm Bonnie, I'm Clyde
Episode 2: The Kernel
Episode 3: The Nemesis
Episode 4: Who's Afraid of Simon Ferguson?
Episode 5: Acting Out
Episode 6: Fight Night at the Metropolitan
Episode 7: The Review
Episode 8: Simon, We Hardly Knew Ye
Episode 9: It's Gwen's Party and Hadley'll Cry If She Wants To
Episode 10: The Bee Story
Episode 11: The Southern Story
Episode 12: Pilot
click here to see where to watch