What is Flying Rhino Junior High about? 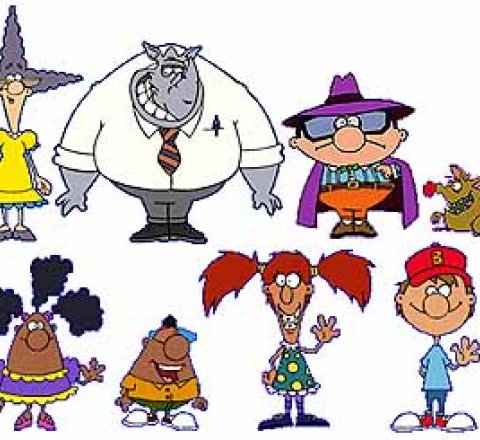 This series follows four friends at Rhino Junior High using their brains and brawn to deal with problems created by their nemesis Earl P. Sidebottom A.K.A The Phantom, who can transpose the school to faraway places and drop students into strange situations. Focusing episodically on the different members of the group, this series addresses a range of personal and social concerns by early adolescents, while intergrating school curricular material relating to the language and creative arts, science, and history, as well as principles of critical thinking and problem solving. The show is specifically designed to further the informational and educational needs of kids, it has educating and informing kids as a significant purpose. The animated series also exploids of flying rhinos who is Billy, Lydia, Ruby, and Marcus as they try to thwart the evil plans of Earl Sidebottom A.K.A The Phantom, who seeks to transform the school into a fantasy world. Earl P. Sidebottom a.k.a the phantom, a