What is Medabots about? 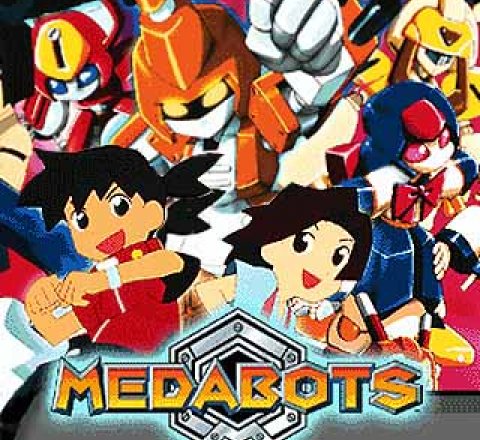 Set in the near future (2122), Medabots revolves around the super-charged battling adventures of a group of kids and their unique, high performance pet robots (a.k.a. Medabots). Fueled with artificial intelligence and a specialized arsenal of unique interchangable weapons, Medabots compete against each other in exciting Robattles. However, after the world robattle has ended a new robot group, known as Kilobots, has appeared and begun taking the fun out of robattles, because they play by no rules. How will this affect the World Robattle Championships held every four years?

Episode 1: Stung by a Metabee
Episode 2: Return of the Screws
Episode 3: Running Scared
Episode 4: The Legendary Medafighter
Episode 5: The Old Man and the Sea Monster
Episode 6: The Gimme Ghost
Episode 7: Cyandog Bites Back
Episode 8: For Better for Worse (1)
Episode 9: For Better for Worse (2)
Episode 10: Mystery Medabot
Episode 11: Phantom Renegade: Unmasked
Episode 12: Ban All Medabots
Episode 13: Meet Your Meda-Maker
Episode 14: The Spy Who Robattled Me
Episode 15: I Dream of Hushi
Episode 16: Metabee Vs Rokusho
Episode 17: Use the Medaforce [a.k.a. Discovery of Medaforce]
Episode 18: Fifteen Minutes of Shame
Episode 19: Enter Rintaro
Episode 20: The Ace from Outer Space
Episode 21: Me and My Shadow Sword
Episode 22: Dude, Where's My Ma?
Episode 23: X-treme Measures
Episode 24: The Road to Ruins [a.k.a. Raiders of the Lost Medabot]
Episode 25: Beetle Mania (1)
Episode 26: The Mother of All Robattles (2)