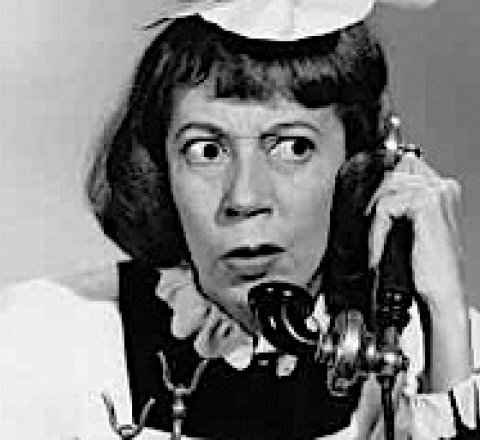 Grindl debuted in the fall of 1963 on NBC and starred Imogene Coca in the title role. Previously, Imogene Coca had a successful run as Sid Caesar's quirky sidekick on the comedy/variety series, Your Show of Shows, which aired from 1950-1954. Grindl was an efficient domestic worker who worked for Foster's Temporary Employment Service and each week she found herself in a different situation in a different job. Anson Foster ran the employment service and would find Grindl work, which included being, at one time or another, a baby-sitter, a cook, a maid, and a ticket taker, to name a few. NBC Broadcast History September 1963-September 1964----Sundays----8:30 p.m.