What is Super Force about? 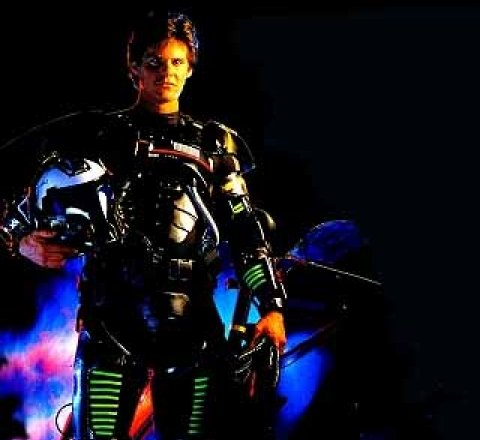 Astronaut Zachary Stone (Ken Olandt) returns from his acclaimed deep-space mission to find that his brother, a police officer, has been murdered and the criminals responsible are still at large. Frustrated at the seeming lack of concern or progress by the police, Zach takes it upon himself to find the killer(s) and bring them to justice, joining the Metroplex Police Department as a detective. After his first failed attempt almost leads to his death in the Metroplex "Crime Zone," Zach is approached by F.X. Spinner (Larry B. Scott), a research scientist at Hungerford Industries who has developed a prototype suit of space armor that will never be used due to lack of funding. After the murder of Hungerford Industries founder E. B. Hungerford (Patrick Macnee), also a close friend of the Stone family, Zach convinces F.X. to modify the suit for combat purposes. Combined with a prototype motorcycle, the two form the backbone of the vigilante crime-fighting team called "Super Force," ably assisted by the Hungerford Computer (voiced by Macnee), an artificial intelligence computer created from a blend of Hungerford's personal records, psychological profile and company files. During Season Two, Zach added limited psychic powers to his crime-fighting repertoire, the result of his near-death experience in the final episode of Season One. Also joining the Super Force team that season was Esper Division police officer Zander Tyler (Musetta Vander). The Super Force suit was created and built by Robert Short, who also created the red suit worn by John Wesley Shipp in the live-action TV series The Flash. A recurring villain in Season One, Satori, was played by G. Gordon Liddy, the man made famous for planning the Watergate break-ins. (Wikipedia)