What is Painkiller Jane about? 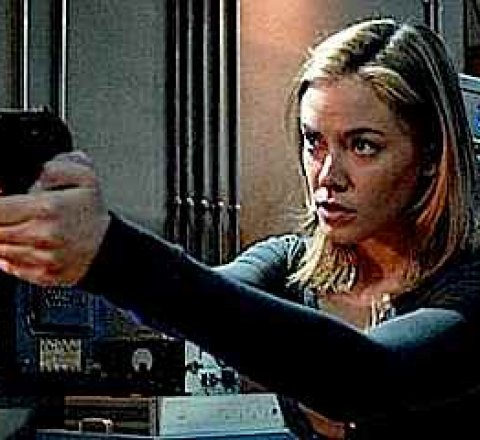 In a very imaginable future, the world battles terrorism and unrest. Out of this chaos emerges a new hero: Jane Vasco, a.k.a. Painkiller Jane Once the DEA's top agent, Jane Vasco is formidable, both mentally and physically. As a child, her father nicknamed her Painkiller Jane, describing her ability to mentally push through even the most painful situations. But her strength is about to be tested. Jane is recruited by a covert government agency dedicated to containing and, if necessary, neutralizing the threat of "Neuros" No one knows what caused the aberrations that led to their enhanced abilities, which range from from telekinesis and telepathic suggestion to induced hallucinations. During her first investigation with her new team, Jane discovers that she too possesses an odd ability: she can't be killed.