What is Megas XLR about? 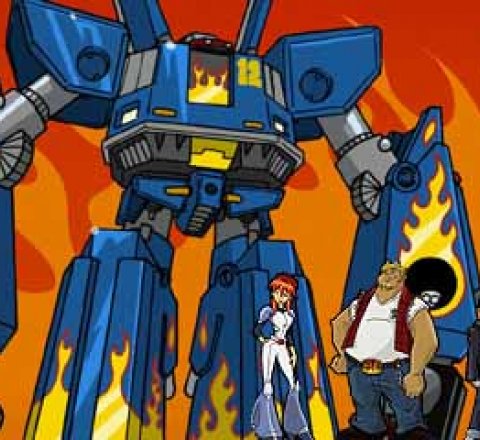 Megas XLR is a series about an overweight couch potato named Coop who stumbles across a giant robot in a junkyard. He soon discovers that the robot was sent from the future when a woman named Kiva returns to the past to claim what is rightfully hers, though Coop made so many modification to the machine so he's the only one who can fully operate it. Things also heat up when Coop learns that an alien race called the Glorft are also after his MEGAS robot, so he teams up with Kiva and his best friend Jamie to fight them off, though mostly so he can keep his new toy.