Watch Center of the Universe online

What is Center of the Universe about? 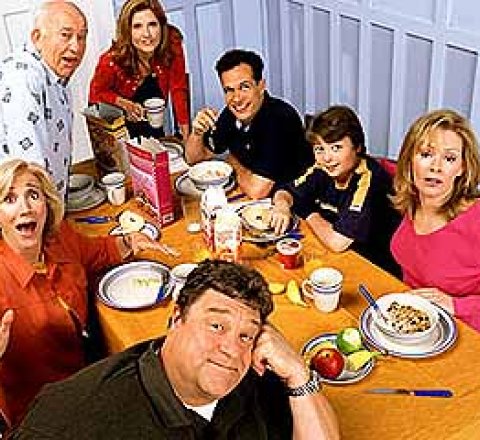 "Center of the Universe stars Emmy Award-nominee John Goodman (Roseanne) in a comedy about a family man who, by default, is the go-to guy for his eccentric extended clan. John (Goodman) and Kate (Emmy Award-winner Jean Smart, Frasier) Barnett are still very much in love after 20 years of marriage and are looking forward to the next 20. Only one thing interrupts their bliss: John's family. His sex-obsessed father, Art (Emmy Award-winner Ed Asner, Lou Grant), and his loopy mother, Marge (Academy Award winner Olympia Dukakis, Moonstruck), have a penchant for coming over unannounced, ready to stir the pot. As the owner of a security company, John just hired his gleefully oblivious brother, Tommy (Diedrich Bader), who is having trouble wrapping his mind around the concept of 'office hours.' John's sister, Lily (Melinda McGraw), is a therapist who is her own best patient. If that's not enough, their 12-year-old son, Miles (Spencer Breslin), has the makings of a perfectly nutty third generati

Season 1 of Center of the Universe

Episode 1: Pilot
Episode 2: The Lake House
Episode 3: Alarmed and Dangerous
Episode 4: Good Parent, Bad Parent
Episode 5: Art's Heart
Episode 6: And the Silver Medal Goes To...
Episode 7: Lily's Boyfriend
Episode 8: The Work of Art
Episode 9: If You Love Something Leave It Alone
Episode 10: The New Neighbors
Episode 11: It's the Principal of the Thing
Episode 12: Oh, Brother, What the Hell Were You Thinking? (a.k.a. Father vs. Uncle)
Episode 13: The Break-In
Episode 14: Marathon Woman
Episode 15: Independence Day (a.k.a. Tommy Deals)
click here to see where to watch