What is Spin City about? 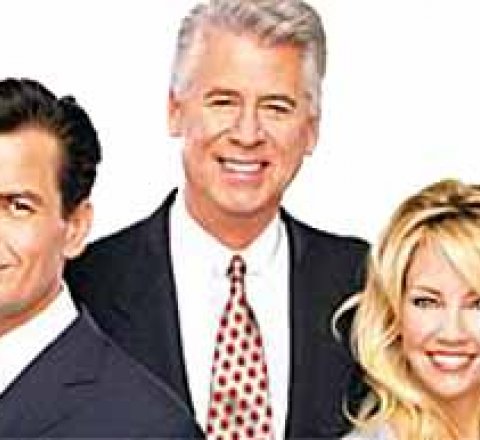 In this sitcom, Deputy Mayor Charlie Crawford and his City Hall staff must stop the dim-witted Mayor of New York City from embarrassing himself infront of the media and the voters. The staff consists of Caitlin Moore the Communications Director, Carter Heywood the head of Minority Affairs, Stuart Bondeck the Chief of Staff, and Paul Lassiter the Press Secretary. This situation comedy takes place in New York's City Hall. It centers on Mike Flaherty, the deputy mayor, who has to protect the slightly moronic mayor, Randall Winston from those who want to ruin his political career, and from himself, cause he is constantly making an ass of himself and Mike has to try and make sure that his little escapades are either not mad public or have very little negative effect on the mayor. Helping Mike is Carter, probably the least quirky member of the mayor's staff and Nikki and James. Stuart and Paul are two members of the staff who cause just as much problems. Mike's secretary, who joined the show during the second season was Stacy. Mike's girlfriend during the first season was Ashley, but the character was dropped, his next girlfriend, during the following season was Laurie, and during the third season it was Nikki, and in the fourth season it was Caitlin Moore, the mayor's campaign manager. Michael J. Fox would leave the show after the fourth season. During the next season, the new deputy mayor would be Charlie Crawford.

Episode 1: The Arrival (1)
Episode 2: A Tree Falls in Manhattan (2)
Episode 3: Wife with Mikey
Episode 4: The Apartment
Episode 5: Yet Another Stakeout
Episode 6: Yeah Baby!
Episode 7: Sleeping with the Enemy
Episode 8: She's Gotta Habit
Episode 9: The Wedding Scammer
Episode 10: Fight Flub
Episode 11: Chinatown
Episode 12: An Office and a Gentleman
Episode 13: O Mother, Where Art Thou?
Episode 14: Rags to Riches
Episode 15: Sex, Lies and Video Date
Episode 16: Eyes Wide Open
Episode 17: Age Against the Machine
Episode 18: An Affair Not to Remember
Episode 19: Let's Give Them Something to Talk About
Episode 20: Look Who's Not Talking
Episode 21: A Tale of Four Cities
Episode 22: A Friend in Need
click here to see where to watch