What is Trust Me about? 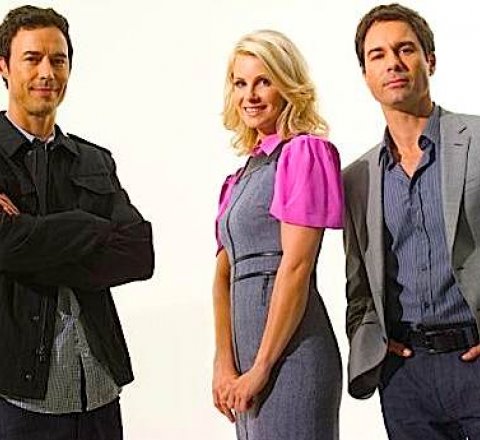 Two groups or individuals of diametrically opposed types are shut away into two soundproofed booths. They don't know who each other are. Mr Bateman acts as a go-between who goes between the two booths. The idea is he drip-feeds new information to each team about their opponents every time he visits. When Nick arrives in a room, he tells the people in there what money is available. They then have three options. They can take the cash for themselves, leaving the other booth with nothing and the game will end. Or, they could split the cash with the other booth and game will end. Or, they could go on, in which case more money is added and offered to the other booth, who then get information about whoever is in Box A

Season 1 of Trust Me

Episode : Promises, Promises
Episode : Damage Control
Episode : What's the Rush
Episode : Odd Man Out
Episode : Thanks, I Needed That
Episode : Norming
Episode : You Got Chocolate in My Peanut Butter
Episode : The More Things Change
Episode 1: Before And After
Episode 2: All Hell the Victors
Episode 3: But Wait, There's More
Episode 4: Au Courant
Episode 5: Way Beyond the Call
Episode 6: Promises Promises
click here to see where to watch