What is Joan of Arcadia about? 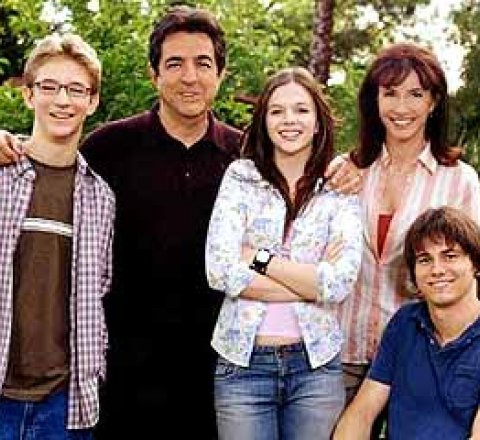 Joan of Arcadia is a drama that follows a typical family facing atypical situations, not the least of which is their teenage daughter's conversations with God. A tough but soft-hearted police detective in Arcadia, Will Girardi dreams of providing a safe haven for his family and community. An outbreak of serious crime in his idyllic new town has challenged Girardi's desire for order, as have the ups and downs he faces with his family. Daughter Joan, an average teenager, has been acting a little strange. Most don't know that it has to do with the unusual way various people keep popping up, introducing themselves as God and then giving her specific directions to do things, such as get a job, join the debate team or volunteer with children. The appearances are hard for her to believe, even more so as she never knows who's going to turn up next. One minute it's a cute boy her own age, the next it's the lunch lady or a little girl. She'd been keeping it a secret from everyone, though she has finally revealed it to her artistic and generally sensitive boyfriend, Adam, who believes she's been experiencing hallucinations. Rounding out the Girardi family are her art-teacher mother, Helen; her 16-year-old science-geek brother, Luke ( Michael Welch ), and her older, newspaper-writer brother, Kevin, a former high-school sports star who is in a wheelchair as a result of a car accident. Joan's unlikely new best friend is her publicly caustic and rebellious, but privately insightful and supportive classmate, Grace. Unsure of what God wants--if God exists--and if she's even sane, Joan tentatively follows God's cryptic directives, all the while trying to retain a normal teenaged existence.

Season 1 of Joan of Arcadia

Episode 1: Pilot
Episode 2: The Fire and the Wood
Episode 3: Touch Move
Episode 4: The Boat
Episode 5: Just Say No
Episode 6: Bringeth It On
Episode 7: Death Be Not Whatever
Episode 8: The Devil Made Me Do It
Episode 9: St. Joan
Episode 10: Drive, He Said
Episode 11: The Uncertainty Principle
Episode 12: Jump
Episode 13: Recreation
Episode 14: State of Grace
Episode 15: Night Without Stars
Episode 16: Double Dutch
Episode 17: No Bad Guy
Episode 18: Requiem for a Third Grade Ashtray
Episode 19: Do the Math
Episode 20: Anonymous
Episode 21: Vanity, Thy Name Is Human
Episode 22: The Gift
Episode 23: Silence

Season 2 of Joan of Arcadia