What is Bar Karma about? 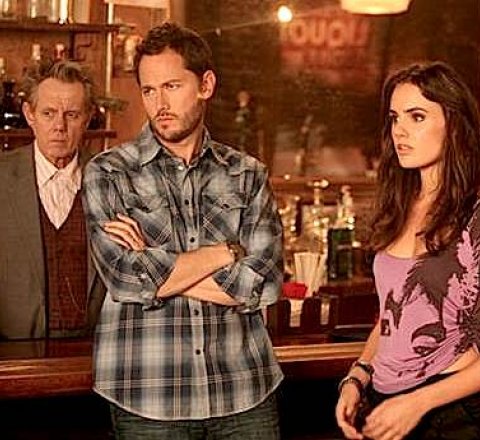 Harnessing innovative technology from the mind of video game legend Will Wright and storytelling expertise from television hitmaker Albie Hecht, Creation Studios is looking to revolutionize the way TV is made. And that's by including you in the creative process of a new television series called Bar Karma--the first show of its kind. Utilizing Will Wright's StoryMaker Engine, you can develop the stories and characters you want to see. You'll also be able to vote on ideas submitted by other members of the Creation Studios community. The most popular ideas will become contenders for the actual plot developments on the show, written and filmed by our professional production team. It's not reality television; it's real television made by real people, including you. And it all starts with a story about a guy who walks into a bar...

Episode 1: A Guy Walks Into the Bar
Episode 2: Once Upon a Time Line
Episode 3: An Open Mind
Episode 4: Double Blind
Episode 5: Fair Catch
Episode 6: Term Limits
Episode 7: The Arrival
Episode 8: The Hacker
Episode 9: Three Times A Lady
Episode 10: The Day the Music Died
Episode 11: Enter the Community
Episode 12: Man Walks Out of a Bar
click here to see where to watch