What is Worzel Gummidge about? 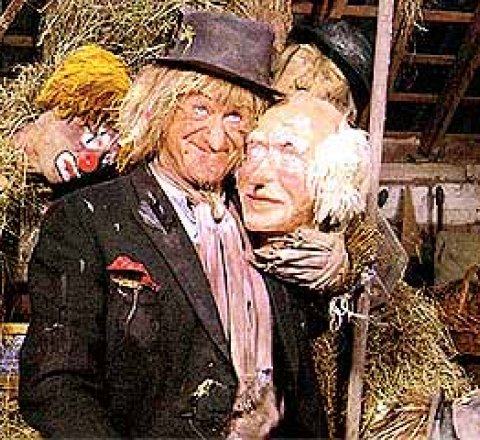 Based on the children's books by Barbara Euphan Todd, this series concerns the adventures of Worzel Gummidge, a scarecrow, and his love Aunt Sally, a life-size wooden fairground doll, both of whom can walk and talk and pass themselves off as human. The only people in on their secret are a couple of children, John and Susan. The Crowman, who created Worzel, also provided him with a set of different heads for different tasks: a thinking head, a brave head, a counting head and a clever head. The show ran for four series in the U.K., and then resurfaced several years later for two more series made in New Zealand and titled Worzel Gummidge Down Under. There is no editor for this show. If you would like to be the editor look here for details.