What is Bleach about? 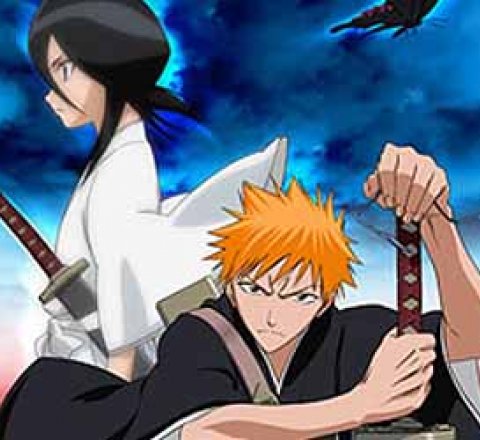 From creator, Tite Kubo, comes the story of a world where death lurks impalpable to an everyday human's eyes. Ichigo Kurosaki, along with his family, runs a local clinic. Ichigo has the unusual ability to see poltergeists but rather than react with surprise he merely sees it as an annoyance. Ichigo helps those when he cares but can't bring himself to care enough... until one fateful day. A small, mysterious woman appears on duty inside his room, a Soul Reaper known as Rukia. Soon enough Ichigo and Rukia get formal in the oddest of ways and in such an untimely matter the losses begin. The Kurosaki family is soon attacked. This leads Ichigo on his first step to accepting the roles and responsibility's a Soul Reaper must uphold.