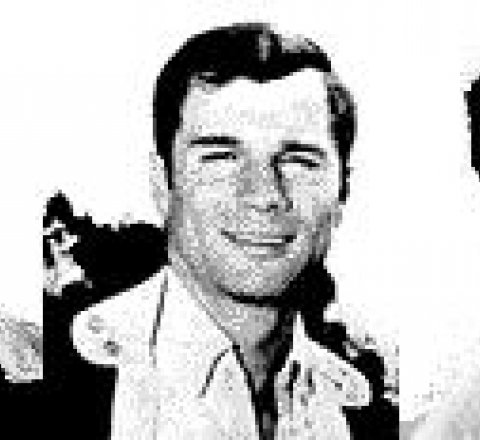 Tod, from a once-wealthy family, inherited only a Corvette when his father died, so he and Buz (suddenly jobless because he worked for Tod's father's company) strike out across North America, especially along the iconic Route 66 from Chicago to L.A. which the Okies traveled. Tod and Buz take local jobs (such as shrimping, shipbuilding, oil rigging) to support their wanderings. The 2 socially conscious knights of the road, encourage, champion, and learn from oppressed and troubled people they encounter. (Written by David Stevens)

Episode : Blues for the Left Foot
Episode 1: A Month of Sundays
Episode 2: Blue Murder
Episode 3: Good Night, Sweet Blues
Episode 4: Birdcage on My Foot
Episode 5: First Class Mouliak
Episode 6: Once to Every Man
Episode 7: The Mud Nest
Episode 8: A Bridge Across Five Days
Episode 9: Mon Petit Chou
Episode 10: Some of the People, Some of the Time
Episode 11: The Thin White Line
Episode 12: And the Cat Jumped Over the Moon
Episode 13: Burning for Burning
Episode 14: To Walk with the Serpent
Episode 15: A Long Piece of Mischief
Episode 16: 1800 Days to Justice
Episode 17: A City of Wheels
Episode 18: How Much a Pound is Albatross
Episode 19: Aren't You Surprised to See Me?
Episode 20: You Never Had It So Good
Episode 21: Shoulder the Sky My Lad
Episode 22: Blues for a Left Foot
Episode 23: Go Read the River
Episode 24: Even Stones Have Eyes
Episode 25: Love is a Skinny Kid
Episode 26: Kiss the Maiden All Forlorn
Episode 27: Two on the House
Episode 28: There I am, There I Always Am
Episode 29: Between Hello and Goodbye
Episode 30: A Feat of Strength
Episode 31: Hell is Empty, All the Devils are Here
Episode 32: From an Enchantress Fleeing

Episode : Every Father's Daughter
Episode : Where is Chick Lorrimer? Where Has She Gone?
Episode : Give the Old Cat a Tender Mouse
Episode 1: One Tiger to a Hill
Episode 2: Journey to Nineveh
Episode 3: Man Out of Time
Episode 4: Ever Ride the Waves in Oklahoma
Episode 5: Voice at the End of the Line
Episode 6: Lizard's Leg and Owlet's Wing
Episode 7: Across Walnuts and Wine
Episode 8: Welcome to the Wedding
Episode 9: Every Father's Daughter Must Weave Her Own
Episode 10: Poor Little Kangaroo Rat
Episode 11: Hey Moth, Come Eat The Flame
Episode 12: Only by Cunning Glimpses
Episode 13: Where is Chick Lorrimer? Where Has He Gone?
Episode 14: Give an Old Cat a Tender Mouse
Episode 15: A Bunch of Lonely Pagliaccis
Episode 16: You Can't Pick Cotton in Tahiti
Episode 17: A Gift for a Warrior
Episode 18: Suppose I Said I Was the Queen of Spain
Episode 19: Somehow It Gets to Be Tomorrow
Episode 20: Shall Forfeit His Dog and Ten Shillings to the King
Episode 21: In the Closing of a Trunk
Episode 22: The Cage Around Maria
Episode 23: Fifty Miles From Home
Episode 24: Narcissus on an Old Red Fire Engine
Episode 25: The Cruelest Sea of All
Episode 26: Peace, Pity, Pardon
Episode 27: What a Shining Young Man Was Our Gallant Lieutenant
Episode 28: But What Do You Do in March
Episode 29: Who Will Cheer My Bonnie Bride
Episode 30: Shadows of an Afternoon
Episode 31: Soda Pop and Paper Flags

Episode : Come Home Greta Inger Gruenschaffen
Episode 1: Two Strangers and an Old Enemy
Episode 2: Same Picture, Different Frame
Episode 3: Come Out, Come Out Wherever You Are
Episode 4: Where Are the Sounds of Celli Brahms
Episode 5: Build Your Houses With Their Backs to the Sea
Episode 6: And Make Thunder His Tribute
Episode 7: The Stone Guest
Episode 8: I Wouldn't Start From Here
Episode 9: A Cage in Search of a Bird
Episode 10: A Long Way From St. Louie
Episode 11: Come Home Greta Inger Gruenchaffen
Episode 12: 93 Percent in Smiling
Episode 13: Child of a Night
Episode 14: Is it True There Are Poxies at the Bottom of Landfair Lake?
Episode 15: Like This It Means Father, Like This Bitter, Like This Tiger
Episode 16: Kiss the Monster, Make Him Sleep
Episode 17: Cries of Persons Close to One
Episode 18: Who in His Right Mind Needs a Nice Girl
Episode 19: This is Going to Hurt Me More Than It Hurts You
Episode 20: Follow the White Dove With the Broken Wing
Episode 21: I'm Here to Kill a King
Episode 22: Where There's a Will, There's a Way (1)
Episode 23: Where There's a Will, There's a Way (2)
click here to see where to watch