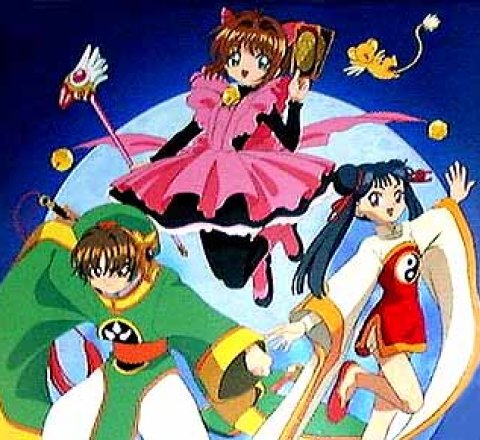 CardCaptors is the American version of the Japanese anime Card Captor Sakura. The main characters are Sakura Avalon and Li Showron, who, assisted by Keroberos (Kero), and Sakura's best friend Madison, try to capture the escaped Clow cards, and return them to the mystical book that holds them, the Clow. Also on hand are Sakura's older brother, Tori, and father, Aiden, Tori's best friend, Julian, Li's cousin, Meilin, and various classmates and friends of Sakura and Li. Written by Fawna Centuries ago, the magician Clow-Ri imprisoned hundreds of magic spirits in special cards and sealed them in a book he called THE CLOW. He then appointed Kerobearos (a small yellow bear with wings) as the book's protector. In the present day, a girl called Sekura Avalon accidentally opened THE CLOW and unleashed the cards. Now Sekura, aided by her tech-savvy friend Madison, Kerobearos and a mysterious boy called Li, must find the cards before the spirits inside them lay waste to the world. Written by Steven Pani