What is Justice about? 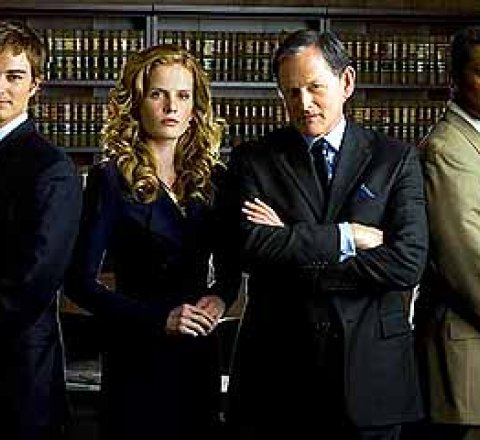 Filmed and set in Liverpool, the court is not a normal court. While the judge can still send people to prison, he has a range of other options at his disposal, such as community projects, educational workshops and drug rehabilitation programmes. Rather than a formal court, it is more like an open-plan office where the police, Crown Prosecution Service, probation service and youth offending team sit next to drug, alcohol, housing and debt advisors. Among them is probation officer Joe Gateacre (played by Gary Mavers) who has to work hard to get the local community to trust the new judge. The established judicial system opposes the centre and the judge also faces problems from journalist Louise Scanlon (played by Gillian Kearney) and criminal Jake Little (played by Jake Abraham).

Extras
Episode 1: This Town
Episode 2: Like Father Like Son
Episode 3: There But for the Grace of...
Episode 4: The Secret's Out
Episode 5: Last Call for Love