What is Jumpers for Goalposts about? 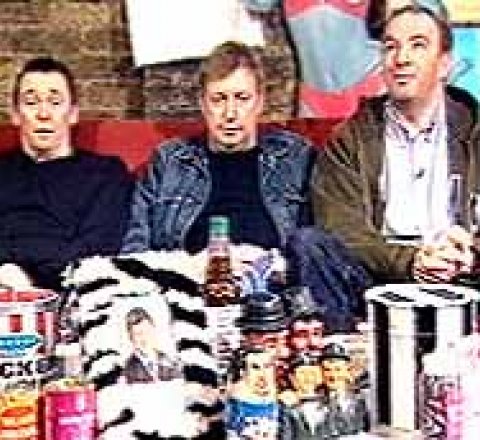 One of the spin-off shows from the British sketch series 'The Fast Show', Jumpers for Goalposts was a comedy panel game produced for Sky One in 2003 following a pilot in 2001. It featured the three Fast Show characters Clive Graham (Simon Day), Ron Manager (Paul Whitehouse) & Tommy Steen (Mark Williams) as host & team captains. Concentrating on football it also veared onto other show business topics. Each week would feature a combination of famous footballers and celebrities.

Season 1 of Jumpers for Goalposts