What is Stargate Universe about? 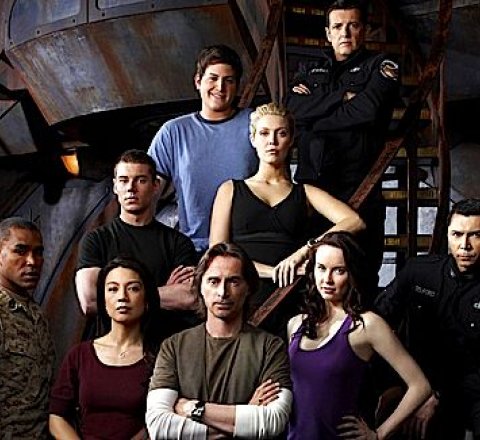 The previously unknown purpose of the "ninth chevron" is revealed, and ends up taking a team to an Ancient ship "Destiny", a ship built millions of years ago by the Ancients & used to seed distant galaxies with Stargates. This team, led by Dr. Nicholas Rush and Colonel Everet Young, are trapped on the ship, unable to change its programmed mission, and encounter new races, new technology and new enemies, as the runaway ship takes them to the far ends of the Universe.