What is Falcon Beach about? 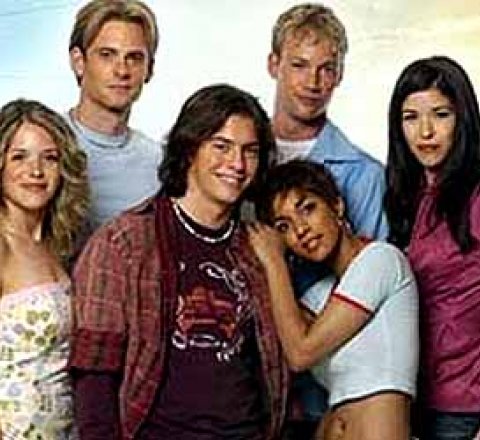 Filmed in the cottage community of Winnipeg Beach, the 13-part, one-hour series centres on a group of young people summering in the fictional lakeside resort town of Falcon Beach. It's about summer. It's about freedom. It's about young adults trying to define themselves for their lives ahead. But it's also about two worlds colliding -- that of the summer cottagers and that of the townies who live and work in Falcon Beach year-round. The show, which returns to Global in fall 2005 after a successful two-hour pilot episode, is a co-production of Toronto-based Insight Productions and Manitoba-based Original Pictures. Two slightly different versions have been produced: one for Canada and one for the United States, where the series airs on ABC Family and SOAPNet. Changes for the U.S. version include that the local town is in New England and that the Bradshaws are from Boston.