What is Eli Stone about? 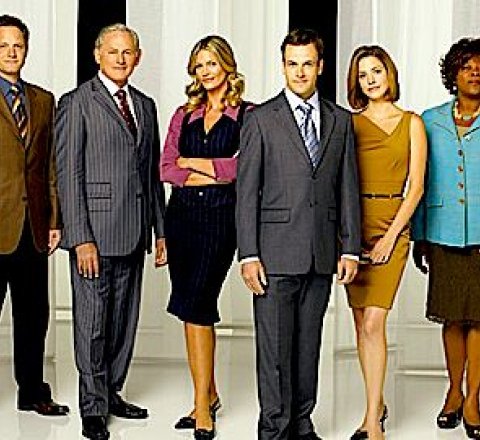 Eli Stone (Jonny Lee Miller), a successful lawyer at a San Francisco firm, represents some of the biggest companies in America -- companies that have a tendency to screw over the little guy. But after a series of hallucinations, Eli begins to wonder if he was meant for something bigger in life. As he goes about his daily life seeking for a deeper meaning, Eli tries to not lose his job or lose his relationship with the boss's daughter, Taylor Wethersby (Natasha Henstridge). Everything changes when he discovers he has an aneurysm in his brain, forcing Eli to reflect on his life and decide if his condition is medical or if his life was meant for something bigger.