What is So Little Time about? 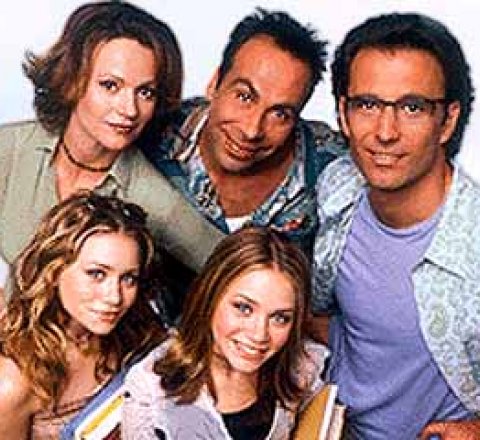 "So Much To Do, But So Little Time..." Ah, the unforgettable twins from theFull House, have now moved on to their own projects. Mary-Kate and Ashley Olsen star in another sitcom, called So Little Time, which is being aired on the ABC Family Channel, and on YTV. This time, they serve as executive producers of the show. Previously, on their last sitcom, Two of a Kind, which lasted one season on ABC and was cancelled probably due to low ratings, they did not do crew work. (They probably did, but weren't credited...) But as time grew, they got older, and made a lot of movies on their own, such as Our Lips Are Sealed, a lot of "Adventures of Mary-Kate & Ashley...," and Winning London. (They have the same first names as they do in So Little Time, but they have different last names.) They also released video games, and have their own magazine. Mary-Kate and Ashley Olsen star as Riley and Chloe Carlson. So Little Time also stars Jesse Head, as Larry Slotnick, who serves as a best friend, but is love-struck with Riley, and would do anything for her. Clare Carey and Eric Lutes play Macy and Jake Carlson, Riley and Chloe's parents, who are both designers and are taking some time apart from each other. Jake, who lives alone in his trailer is quite happy, because he normally "visits" Macy, hangs out there, and eats her food. Taylor Negron serves as Manuelo, Macy's loosely based servant, and finally Natashia Williams stars as Teddie, Macy's supermodel friend, who models the clothes that Macy makes. So Little Time has its ups and downs. The up is Jesse Head, he is just so funny in the show, which makes it very entertaining when it's on. The down is Macy and Jake's characters are very reminiscent of Carrie and Kevin of Two of a Kind.

Season 1 of So Little Time