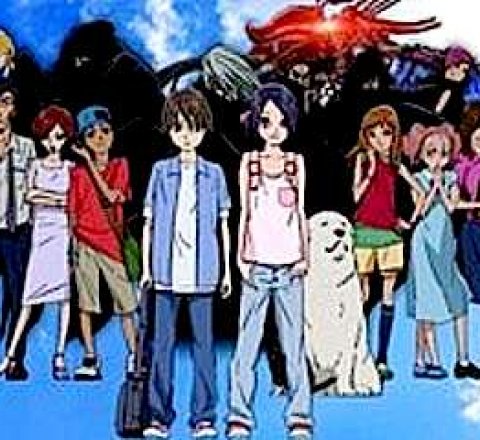 One day during the spring break, Haruka saw a man in blue shining snow on the roof of the church. He was Karasu came from a 15-year-later world, Dimension Lacrima. Karasu was a Dragon Knight of the country. Actually, he was Haruka's childhood friend, Yu, and he appeared in front of her with the grownup figure.15 years later, severe war had continued between Dimension Lacrima and Dimension Shangria. Lacrima was trying to save the world by the high technologies, while Shangria was trying to demolish the whole dimensions. Before the overwhelming power of Shangria, Lacrima was helpless. The only hope to resist Shangria is Torque of the Dragon. The command noticed that, and they sent Dragon Knights including Karasu to the world 15 years before.Meanwhile, Haruka encouraged him to run away from home seeing him depressed. In front of them, Karasu reappeared in blue lighting snow. At the moment, Haruka's neck began to shine blue.