What is Stripperella about? 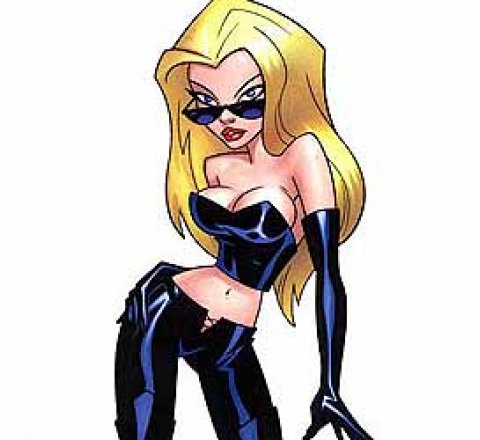 From Stan Lee, the man who brought us such popular superheroes as Spider-Man and The X-Men, comes this new kind of superhero in the form of the animated series "Stripperella". Pamela Anderson provides the voice of Erotica Jones who is stripper by night and superhero Stripperella by even later at night. A show with something for everyone, Stan Lee promises that despite it's adult setting 'Stripperella' is "really a family show...but for a highly sophisticated family." The stories are a little bizarre but considering the talent involved there is no doubt that it's entertaining. Also working behind the scenes is director Kevin Altieri, known for his work on the highly acclaimed 'Batman: The Animated Series', and writers Kevin Kopelow & Heath Seifert (a huge jump from being writers for Nickelodeon's 'All That'), the two were brought on to give the show its comedic twist. With a name 'like Stripperella'you can't expect the show to take itself too seriously. Like a cross between a Marvel comic and The Simpsons expect a clever mix of action and comedy. Pam herself works with the guys behind the scenes as a consultant and as a model for her character. As consultant she has the chance to add her input on the scripts as well as the style of the show. The Style: A gritty, rock-video look, more jokes than you'll have time to notice, and all the action one stripper can handle. Not to mention voice cameos by celebs such as Kid Rock and There's Something About Mary directors The Farrelly Brothers. Kid Rock also does the theme song. Who is Stripperella?: Pamela is the voice of Erotica Jones, a dancer at the local strip club, who always has time for her friends such as Persephone, a fellow stripper who is dating conjoined twins. But when duty calls Erotica becomes Stripperella an agent for T.H.U.G.G. and a superhero who fends off nasty villains such as Dr. Cesarean, a plastic surgeon whose evil plans involve giving unexpected women explosive breast implants made of nitroglycerin; Cheapo, a super-villain on a budget who makes his henchman share a gun; And Pushy Galore, a former genetic physicist who has learned to breed animals with designer logos on their skin and makes designer knockoffs out of her ex-husbands. What makes Stripperella a superhero?: Stripperella has the ability to float to safety from tall distances courtesy of her enhanced hair. Watch out for her patented move Scissor-ella which allows her to knock-out bad guys with her thighs (think Famke Jannsen as Xenia Onatopp in the James Bond film Goldeneye). If she allows you to touch her breasts then look out for trick because a gadget in the chest area of her outfit works as a lie detector and tells Stripperella if someone is lying when they touch it. But the most outragous gadget at her disposal has to be the digital scanner placed under her tongue which she can use to upload pictures to a computer. Stripperella was originally slated to premiere in February on The New TNN but was pushed back to Summer 2003 Visit The Art of Ed Lee and check out some concept drawings for Stripperella. And if you want to see where Stripperella will hang out then check out the production designs for the settings over at Big Red Hair. Here you'll see the design for T.H.U.G.G. headquarters where Stripperella works.

Episode 1: Beauty and the Obese (1)
Episode 2: Beauty and the Obese (2)
Episode 3: Crime Doesn't Pay...Seriously, It Really Doesn't
Episode 4: Everybody Loves Pushy
Episode 5: The Wrath of Klinko
Episode 6: You Only Lick Twice
Episode 7: The Bridesmaid
Episode 8: Evil Things Come in Small Packages
Episode 9: Eruption Junction, What's Your Function
Episode 10: The Evil Magicians
Episode 11: Cheapo By The Dozen
Episode 12: The Return Of The Queen
Episode 13: The Curse of the WereBeaver
click here to see where to watch