What is Starhunter about? 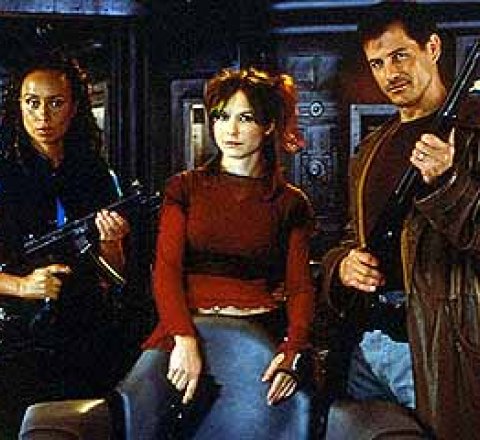 Starhunter follows the exploits of the crew of the spaceship Trans Utopian (The Tulip) , a former luxury liner that has been refitted to serve a bounty-hunting crew. Leading the crew during the first season is Dante Montana (Michael Paré), who became a bounty hunter in order to search for his son, Travis, who was abducted ten years earlier by a group of Raiders. During the raid, Dante's wife, Penny, was killed. The Raiders are a group of genetically enhanced former-soldiers who were rendered sterile, and must abduct children to increase their numbers. Percy Montana (Tanya Allen) is Dante's niece, and the ship's engineer. Dante adopted her when her parents were killed during the raid where Dante lost his wife and son. Rounding out the crew is Lucrecia Scott (Claudette Roche). Luc, a former marine, was placed aboard the ship by Rudolpho DeLuna (Stephen Marcus), the ship's owner, to look out for his interests, a