What is Cadillacs and Dinosaurs about? 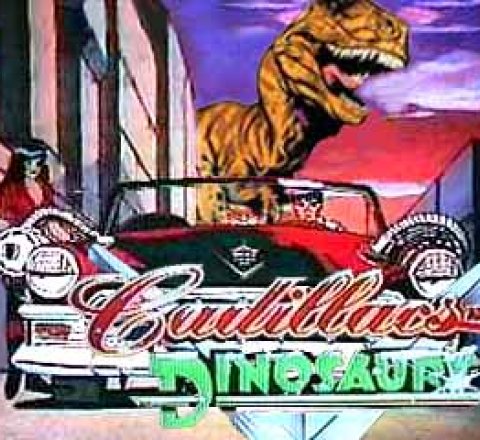 Cadillacs and Dinosaurs is the brainchild of Mark Schultz, who originally created the series in comic book format under the title Xenozoic Tales in the year 1986. The television series came to be through the marketing of Marvel Comics, when (years later) the company had acquired the rights to the property and attempted a revival of the popularity it once held in comic format. The series followed the exploits of survival-savvy garage mechanic Jack Tenrec, (who had a passion for restoring classic car shells, mainly those of Cadillacs) and his often-reluctant companion, the lovely foreign ambassador Hannah Dundee (who hired Jack as a liason while she attempted to create clear communication between her land and the modern civilization) as they confronted serious issues facing the futuristic environment that they (and the rest of humanity) had come to inhabit alongside many dinosaurs that were long thought to be extinct. Jack, leading his crew (a band of ecological freedom fighter

Season 1 of Cadillacs and Dinosaurs