What is Blackstar about? 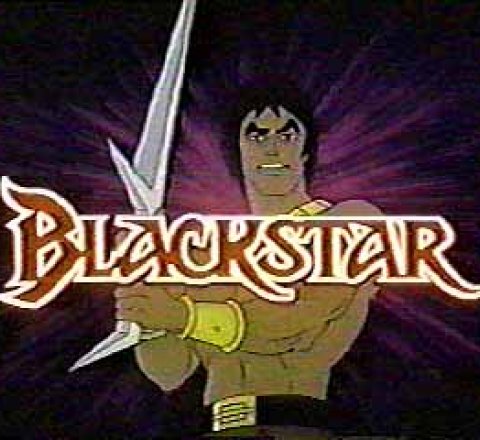 Astronaut John Blackstar's shuttle passes through a black hole and crashes on the planet Sagar. He is rescued by the gentle Trobbits who live under the tyranny of the evil Overlord who possesses the Power Sword. John Blackstar then possesses the Star Sword. When the two weapons are combined, they form the Power Star, the most powerful weapon imaginable. Blackstar aids the Trobbits' resistance with his dragon Warlock, Klone the Shape-Shifter, Storm the Amazon, and Mara the Sorceress in the battle against Overlord.

Episode 1: City of the Ancient Ones
Episode 2: Search for the Starsword
Episode 3: The Lord of Time
Episode 4: The Mermaid of Serpent Sea
Episode 5: The Quest
Episode 6: Space Wrecked
Episode 7: Lightning City of the Clouds
Episode 8: Kingdom of Neptul
Episode 9: Tree of Evil
Episode 10: The Air Whales of Anchar
Episode 11: Overlord's Big Spell
Episode 12: Crown of the Sorceress
Episode 13: The Zombie Masters
click here to see where to watch