What is Bigfoot and Wildboy about? 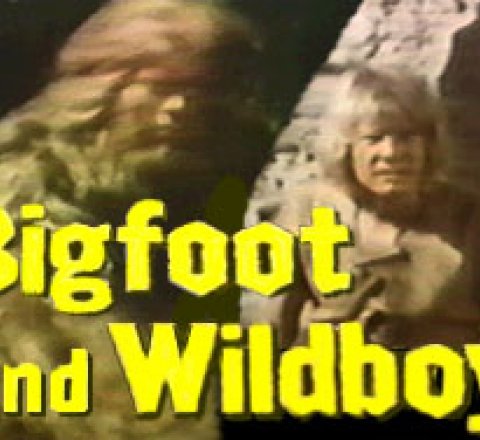 Bigfoot and Wildboy was a Sid and Marty Krofft live action children's television series on ABC. It began in 1976 as a part of The Krofft Supershow on Saturday mornings. Each episode was 15 minutes long, with cliffhanger endings resolved the following week. It became its own series in 1979 with twelve 30-minute episodes. There were a total of 28 episodes produced. "Bigfoot and Wildboy" was very similar to five episodes from another ABC series The Six Million Dollar Man, which included Bigfoot, who was the protector of aliens from outer space. Episodes for "Bigfoot and Wildboy" are hard to find, even from collectors. Only two releases were available in the 1980s by Embassy Video, "Bigfoot and Wildboy Volume One" and "Bigfoot and Wildboy Volume Two." Both are now out of print. Columbia House had released "The World Of Sid and Marty Krofft" series, which contained "Bigfoot and Wildboy" episodes. Rhino Video released a three-DVD collection also called "The World Of Sid and Marty Krofft" in 2002 included "The Return Of The Vampire" episode. Cox Cable's "Retro Saturday Morning" aired the first eight two-part episodes of "Bigfoot and Wildboy" in 2003 and 2004 as part of the second season of the Krofft Supershow. Rhino Video has released some of the other Sid and Marty Krofft series such as H.R. Pufnstuf, The Bugaloos, and Sigmund and the Sea Monsters as DVD collections. When Rhino Video was contacted in 2006, there were no current plans for a DVD-set for the "Bigfoot and Wildboy" series. Ray Young, who played "Bigfoot," appeared in many other television shows, including an episode of The Bionic Woman called "Iron Ships And Dead Men" on March 30, 1977, but not as Bigfoot. Young died of lung cancer on July 6, 1999. Joseph Butcher, who played "Wildboy," is in the real estate business. In 2004, he appeared in an episode of 55 Degrees North as Jack Timson Jr. Monika Ramirez, who played "Susie," appeared in many television shows in the 1970s, including an episode of The Brady Bunch called "The Personality Kid", alongside Christopher Knight, who would later appear with her in the Bigfoot and Wildboy episode "White Wolf". In 2001, she appeared as Donna Skyhawk in an episode of Any Day Now. Yvonne Regalado, who played "Cindy," is now Yvonne Regalado Martin and is an opera singer. (Wikipedia)

Season 1 of Bigfoot and Wildboy

Season 2 of Bigfoot and Wildboy

Episode 1: The Secret Invasion
Episode 2: Space Prisoner
Episode 3: The Birth of a Titan
Episode 4: Bigfoot vs. Wildboy
Episode 5: Meteor Menace
Episode 6: Earthquake
Episode 7: Eye of the Mummy
Episode 8: The Wild Girl
Episode 9: The Other Bigfoot
Episode 10: Return of the Vampire
Episode 11: Outlaw Bigfoot
Episode 12: Spy from the Sky
click here to see where to watch