What is Life with Bonnie about? 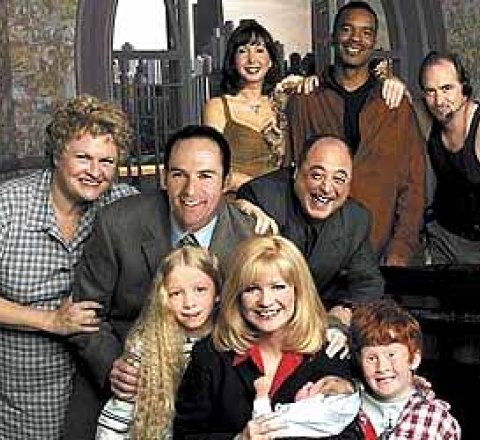 Bonnie Hunt brings the same accessibility she brought to the films Jerry Maguire, Jumanji and Return to Me to her family series Life with Bonnie, in which she portrays Bonnie Molloy, a woman who juggles the roles of wife, mother and host of the local morning talk show Morning Chicago. In the series, Hunt's improvisational skills shine during unscripted interviews with real life guests (non-actors) of "Morning Chicago." The cast includes the gifted David Alan Grier as David Bellows, the producer who struggles with the daily challenge of Bonnie, makeup artist Holly (Holly Wortell) and cue card guy Marv (Chris Barnes). Anthony Russell portrays Tony Russo, Bonnie's sidekick piano player who comes straight to her show from his Vegas lounge act. At home, Gloria (Marianne Muellerleile) is a houseguest more than a housekeeper. Bonnie's husband, Mark (Mark Derwin), is a hard-working family practice doctor who does his best to survive life with Bonnie. Together they are raising two y

Season 1 of Life with Bonnie

Season 2 of Life with Bonnie