What is The Adventures of Sir Lancelot about? 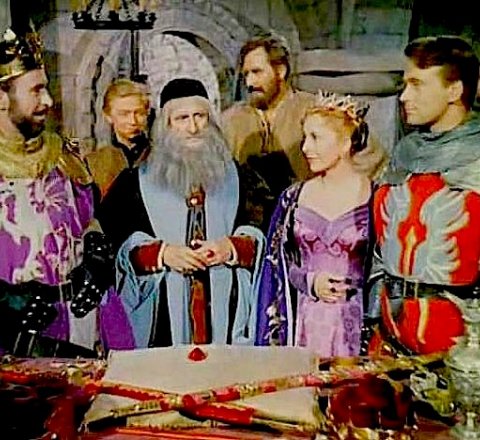 Welcome to The Adventures of Sir Lancelot guide at TV Tome. Another in the series of ITC's 'Adventures Of...' historicals. Sir Lancelot du Lac was played by William Russell, who would later star in Doctor Who as travelling companion Ian Chesterton. The series was lavishly filmed and, using background information researched at Oxford University, featured accurate 14th Century settings, even though the legend of King Arthur and his Knights of the Round Table hailed from the 6th century. An Anglo-Saxon village with huts, sheep, goats and costumes transporting one into a world of pre-Norman Conquest days was constructed at Nettlefold Studios and used in most of the ITC series', beginning with The Adventures of Robin Hood. Outside location work was shot in Kent, where the company requisitioned Allington Castle, a fitting site for such activity since its long history included settlement by Ancient Britons, Romans and Saxons. Writers for the series included expatriate Amer

Season 1 of The Adventures of Sir Lancelot