What is Meeting of Minds about? 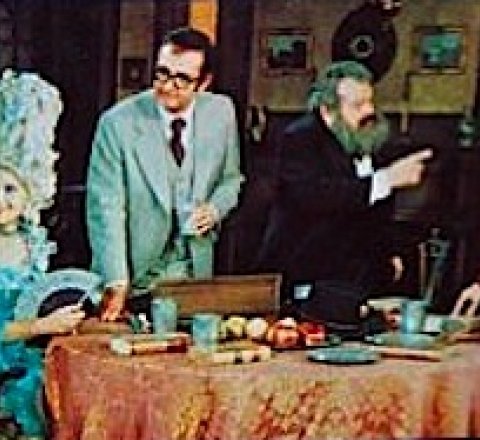 Welcome to the Meeting of Minds guide at TV Tome. Steve Allen, already the originator of the Tonight show, later created what one critic called "the ultimate talk show" and presented, on the PBS network, a series called Meeting of Minds which was constructed in a typical chat-show format, but featured guests who played important roles in the drama of history. Among those who appeared were Plato, Socrates, Aristotle, Thomas Aquinas, Queen Cleopatra of Egypt, Marie Antoinette, Florence Nightingale, Thomas Paine, Francis Bacon, Thomas Jefferson, Voltaire and Charles Darwin. The multi-award winning series still exists in the form of video cassettes, audio cassettes and a four volume set of books, published by Prometheus. Most of the women's roles were played by Allen's wife, Jayne Meadows. Allen clarified at the time "The idea is that every syllable will be part of an actual quotation. The degree of the exact quotation varies from character to character. In the case of

Season 1 of Meeting of Minds

Season 2 of Meeting of Minds

Season 3 of Meeting of Minds

Season 4 of Meeting of Minds