What is Cobra about? 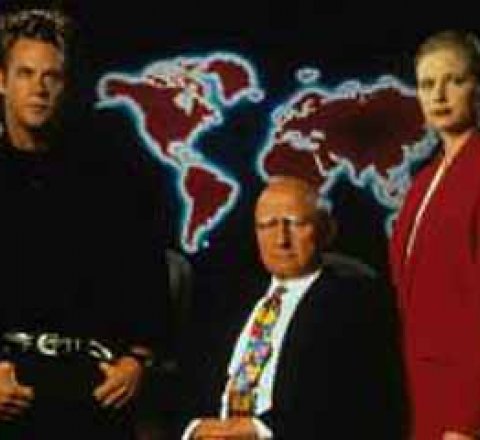 Robert "Scandal" Jackson, Jr., is an ex-Navy SEAL who went A.W.O.L. after refusing to blow up an enemy command center housing civilians. He disappeared to the wilderness of Alaska, changing his name and appearance, and became a teacher in a small Inuit community. But a part of his past caught up to him and he was shot in the face, his comatose body left for dead. He awoke in the hospital three weeks later and found himself with a new face and a new chance at life, thanks to a woman named Danielle LaPoint. Danielle offered him a job with Cobra, an undercover anti-crime agency that provides justice for victims who haven't benefited from the system. Scandal is reluctant to leave his Alaskan life behind, but then her boss, Dallas Cassell, makes him an offer he can't refuse: the chance to catch the man who murdered his father five years earlier. From behind the wheel of his classic A/C Cobra, Scandal dispenses justice in the fictional Bay City, California. Starring Michael Dudikof