What is EZ Streets about? 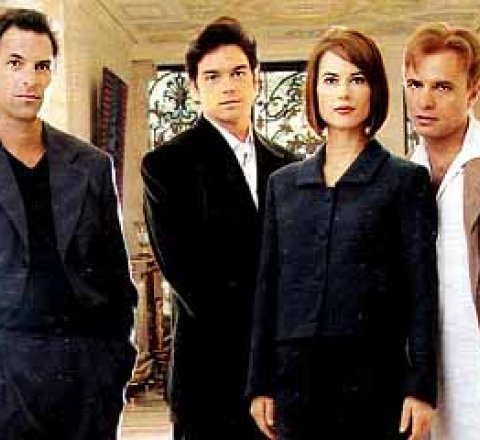 EZ Streets is an epic drama about a dark, gritty urban world, the people who live there and their struggle to live by the creed of the streets. The one-hour series explores the lives of Detective Cameron Quinn, gangster Jimmy Murtha, and ex-con Daniel Rooney, fiercely independent men living parallel lives on opposite sides of the law. Quinn is a cop who has to deal with corruption in order to find the truth. Murtha and Rooney are two individuals living in a very violent world with its own moral code. Rooney just got out of jail for a crime that he did not commit, but he's slowly being drawn back in by Murtha, the head of one of the city's most notorious new gangs, the EZ's. Keeping Murtha one step ahead of hard time is his attorney, Theresa Connors.

Episode 1: Pilot (1)
Episode 2: Pilot (2)
Episode 3: Every Picture Tells a Story
Episode 4: A Terrible Beauty
Episode 5: Saint Jude Took a Bullet
Episode 6: Every Dog Has Its Day
Episode 7: One Acquainted with the Night
Episode 8: On the Left Side of the Angel
Episode 9: A Ceremony of Innocence
Episode 10: Neither Have I Wings to Fly
click here to see where to watch