What is Franklin about? 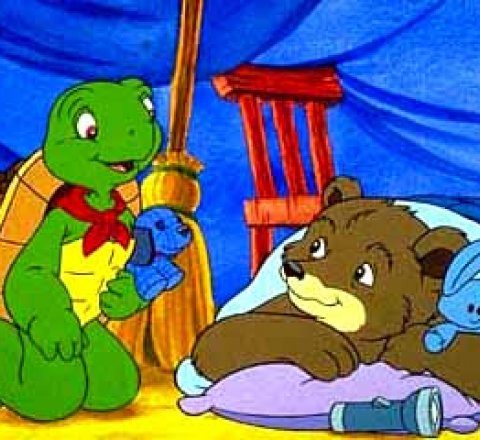 Described by Doug Thomas of Amazon.com as "a little more hip than Little Bear and a little less talky than Arthur," Franklin is a delightful cartoon about Franklin Turtle, his family and his many friends. Although Franklin is a turtle, he's like any kid his age. He attends school, enjoys playing with his friends and likes to try new things on his own, although sometimes he still he needs some help from his parents, Mr. and Mrs. Turtle. He has a goldfish named Goldie and a stuffed dog named Sam. There were a few changes to Franklin throughout its run, including the introduction of a new opening sequence and the introduction of Franklin's baby sister. There were also a few cast and crew changes. However, the important things stayed the same. The program went on to air six seasons, as well as a direct-to-video movie, Franklin and the Green Knight and two other direct-to-video releases. Additionally, a Franklin CD was released: Hey, It's Franklin, which contains the show theme song, m