Watch Tales from the Darkside online

What is Tales from the Darkside about? 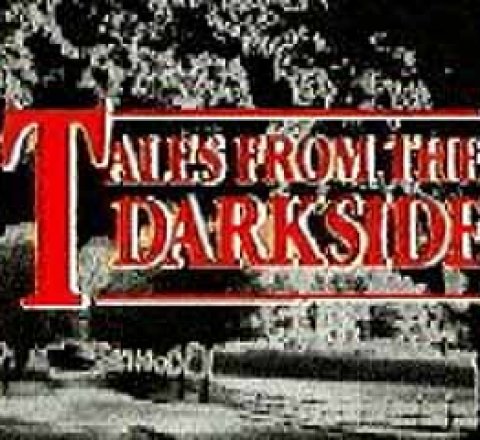 "Man lives in the sunlit world of what he believes to be reality. But... there is, unseen by most, an underworld, a place that is just as real, but not as brightly lit... a Darkside." This 30-minute horror/fantasy anthology series follows in the vein of The Twilight Zone. Each week presents another standalone story of horror fantasy, and/or science fiction. Some episodes are gruesome, a few are of a lighter comedic style. Like many such shows, Tales... adapted the work of famous genre authors of the period such as Harlan Ellison, Stephen King, and Clive Barker. Many episodes also featured veteran actors of the 40's and 50's that saw very little work in their later years. "The Darkside is always there waiting for us to enter; waiting to enter us. Until next time, try to enjoy the daylight."

Season 1 of Tales from the Darkside

Episode : Trick Or Treat
Episode 1: The New Man
Episode 2: I'll Give You a Million
Episode 3: Pain Killer
Episode 4: The Odds
Episode 5: Mookie and Pookie
Episode 6: Slippage
Episode 7: Inside the Closet
Episode 8: The Word Processor of the Gods
Episode 9: A Case of the Stubborns
Episode 10: Djinn, No Chaser
Episode 11: All a Clone by the Telephone
Episode 12: In the Cards
Episode 13: Anniversary Dinner
Episode 14: Snip, Snip
Episode 15: Answer Me
Episode 16: The Tear Collector
Episode 17: Madness Room
Episode 18: If the Shoes Fit...
Episode 19: Levitation
Episode 20: It All Comes Out in the Wash
Episode 21: Bigalow's Last Smoke
Episode 22: Grandma's Last Wish
Episode 23: The False Prophet

Season 2 of Tales from the Darkside

Season 3 of Tales from the Darkside

Season 4 of Tales from the Darkside