What is My Sister Sam about? 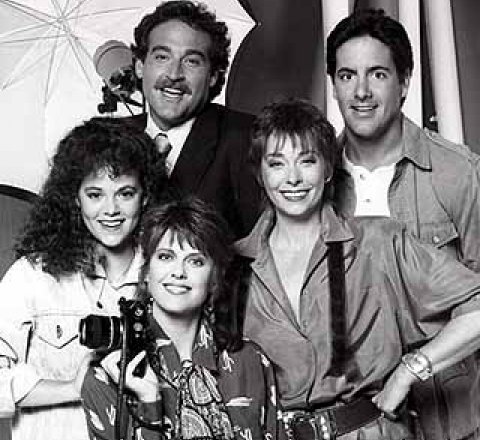 Twentysomething freelance photographer, Samantha Russell's (Dawber), career was just starting to take off when her 16-year-old sister, Patti (Schaeffer), moved into her studio apartment in San Francisco. Patti's teenage problems pose a burden for Sam, as the elder sister struggles with whether to act as a parental figure to Patti or not. J.D. Lucas (Brooks) is Sam's slick agent, and Dixie Randazzo (O'Hara), her harried assistant. Sam finds a shoulder to lean on in close friend and neighbor, Jack Kincaid (Naughton), a successful photographer himself. "Everything starts like a knock at the door You don't know what it is, but you know who it's for That's the way we began, and there's no end in sight Something so good must be right There's room enough for two in a place that I know of It has a city view with a blue sky above Anywhere is home when there's someone there to share it There's room enough for two I got room enough for you in my life" Theme song "Room

Season 1 of My Sister Sam

Season 2 of My Sister Sam

Episode 1: Goodbye, Steve
Episode 2: And They Said It Would Never Last
Episode 3: Deep Throat
Episode 4: Never a Bridesmaid
Episode 5: Who's Afraid of Virginia Schultz?
Episode 6: Drive, She Said
Episode 7: Revenge of the Russell Sisters
Episode 8: Play It Again, Sam
Episode 9: Ol' Green Eyes Is Back
Episode 10: Life, Death, and Admiral Andy
Episode 11: It's My Party and I'll Kill If I Want To
Episode 12: Good Neighbor Sam
Episode 13: Patti, I Have a Feeling We're Not in Oregon Anymore
Episode 14: The Art of Love
Episode 15: Camp Burn-out
Episode 16: Grand Prize
Episode 17: Walk a While in My Shoes
Episode 18: The Wrong Stuff
Episode 19: The Thrill of Agony, the Victory of Defeat
Episode 20: The Good, the Bad and the Auditor
Episode 21: Earthquake
Episode 22: A Day in the Lives
click here to see where to watch

Hiller and Diller
Spartakus and the Sun Beneath the Sea
WORLDs within...
De Smaak van De Keyser
Dont Get Screwed
Empire of Cricket
The Greatness of a Hero
Napoleon Collection
One by One
Watch TV Series
Watch Movies
Paid TV sites
Privacy Policy
Watch My Sister Sam online