What is The Dead Zone about? 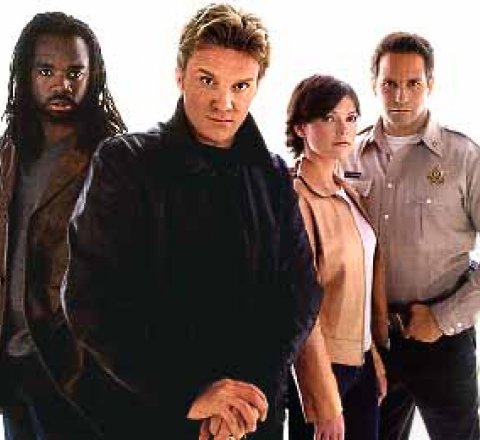 Johnny Smith has been leading an idyllic small-town life. Employed as a science teacher, Johnny takes great pleasure in showing his young students the wonders of the natural world. He is also newly engaged to Sarah, a fellow teacher he's known since childhood, and is a good son to his widowed mother, who lives nearby. Johnny's life is nearly perfect... until a near-fatal car crash that leaves him in a deep coma. Six years later, Johnny finally regains consciousness and discovers that the life he once knew is gone. His mother has passed away, and Sarah has gone on to marry someone else - and the child she and her husband, the local sheriff, are now raising is Johnny's son. But Johnny himself is also not the same person he once was: he now finds himself in possession of amazing psychic powers which allow him to see into the lives of anyone he touches. Before he even leaves the hospital, he helps save the life of a nurse's daughter after having a miraculous vision, in which he sees

Season 1 of The Dead Zone

Season 2 of The Dead Zone

Season 3 of The Dead Zone

Season 4 of The Dead Zone

Season 5 of The Dead Zone

Season 6 of The Dead Zone