What is Suddenly Susan about? 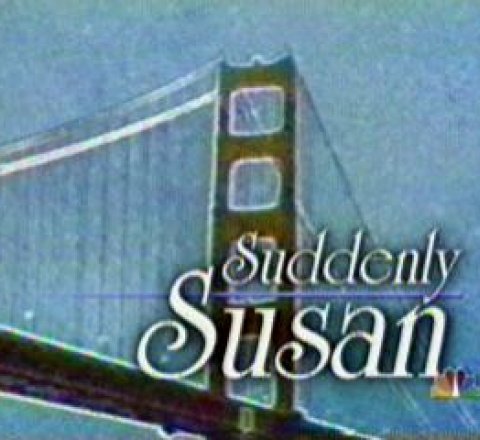 Workplace situation comedy centered on the character of Susan, a "somewhat sheltered" magazine writer who has dumped her rich fiancé at the altar and must now cope with being suddenly single - complicated by the fact that her boss at hip San Francisco magazine The Gate is her ex's brother Jack. He has promoted her from copy editor to writer of a column on being single in the '90s, thus irritating her co-workers: caustic lifestyle columnist Vicki, Cuban playboy. Susan's main support is her loving grandmother Nana. In highly publicized trouble before it ever aired, Suddenly Susan had to switch formats from a bookstore to a magazine workplace setting - sort of Mary Richards going to work for Lou Grant at the Trib.

Episode 1: Birds Do It, Bees Do It, Even Some of These Do It
Episode 2: Feels Like the First Time
Episode 3: Don't Tell
Episode 4: Sleeping With the Enemy
Episode 5: A Funny Thing Happened on the Way to Susan's Party
Episode 6: War Games
Episode 7: Seems Like Old Times
Episode 8: Trash-Test Dummies
Episode 9: The Thanksgiving Episode
Episode 10: The Apartment Hunt
Episode 11: Merry Ex-Mas
Episode 12: Wedding-Bell Blues
Episode 13: On a Clear Day You Can Hear Forever
Episode 14: One Man's Intervention is Another Man's Tupperware Party
Episode 15: Sometimes You Feel Like a Nut
Episode 16: Ben Rubenstein, Meet Joe Black
Episode 17: The Song Remains Insane
Episode 18: Revenge of the Gophers
Episode 19: In This Corner ... Susan Keane! (1)
Episode 20: In This Corner ... Susan Keane! (2)
Episode 21: The First Picture Show
Episode 22: Bowled Over
Episode 23: A Day in the Life