What is Alice about? 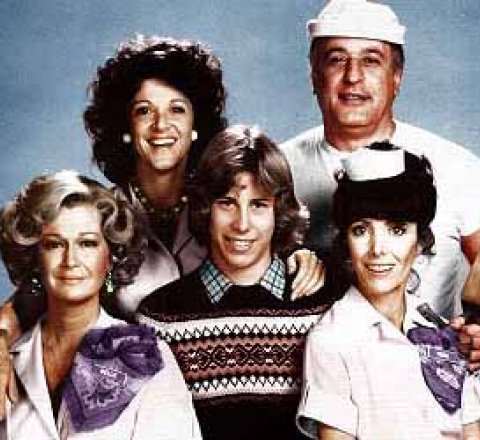 Alice was first seen in August of 1976 but was based on the 1975 film, Alice Doesn't Live Here Anymore starring Ellen Burstyn and centering around Alice Hyatt. The television series had Linda Lavin starring as Alice. After her husband, Donald, was killed in a truck accident, Alice Hyatt and her 12-year-old son, Tommy, moved out of their home in New Jersey and headed for Hollywood. Alice's dream was to become a singer but for the time being she got work as a waitress in a greasy spoon, Mel's Diner after her car breaks down in Phoenix. Mel was gruff and demanding and constantly bossing his three waitresses around. The other two waitresses, in the beginning were Flo and Vera. Flo was the man-hungry southern belle, who's favorite saying was "Kiss My Grits." The other waitress, Vera, was shy and quiet and somewhat, as Mel put it, "dingy." Flo left in 1980 for her own series and was replaced by Belle who was later replaced by Jolene. In 1985, the series came to an end