What is Masquerade about? 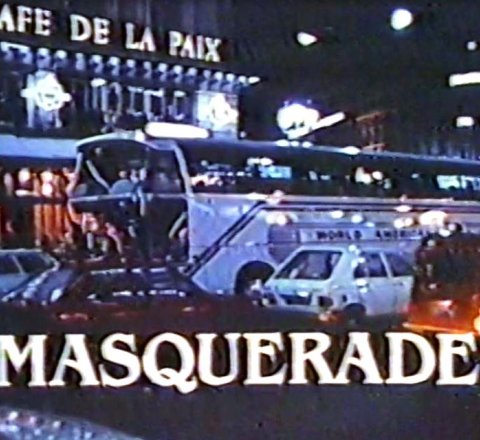 Welcome to the Masquerade guide at TV Tome. Masquerade was a stylish international action series from producer Glen A. Larson. Rod Taylor starred as Lavender, a veteran spy who was weary of seeing his comrades die at the hands of the enemy. The problem, he concluded, was that by the time a spy was recruited, trained, and ready to go into the field, the enemy had identified and targeted them for assassination. Lavender's idea was to begin recruiting everday Americans with special skills to become temporary spies who could participate in one mission then return quietly to their normal lives. Once assembled, they would travel together as a group of tourists visiting a foreign country -- sight-seeing by day and collaborating on their mission by night. When the mission was completed, they would each receive pay equivalent to a year's salary (no taxes) and go their separate ways. While Lavender oversaw the missions, his assistants Danny and Casey kept careful tabs on the recruits,